The Cost of Painless Walking is $2

A friend and I were discussing orthotics the other day and we were talking about the price of custom orthotics. Especially in today’s economy with every subsequent article talking about rising inflation rates, the negative performance of the stock market, and an ever-increasing risk of recession that may or may not be worse than 2008, the price of everything comes to the forefront. Typically, custom orthotics cost 100’s of dollars. I could wax on and on about why a custom orthotic is better than a store-bought $40-$100 orthotic. However I’d like to share what my friend said.

He told me there is a saying that simply says to:

“Invest good money in anything that separates you from the ground”

Your chair, Your bed, Your shoes, Your tires, etc. These things are necessities in everyday life. A deficient or broken product usually leads to a significant disruption in daily living. The most common example is your mattress. The benefits of a good night’s sleep are well documented. It is standard advice to invest in a good mattress that will meet your sleep hygiene needs to get much-needed rest so that you can be at your peak performance the next day. Skimping and buying something subpar usually results in a disruption in sleep, a decrease in performance the next day, and the eventual purchase of another mattress quite a bit sooner than you would have otherwise.

Applied to orthotics, he quoted the often cited “10k steps a day” statistic. It is a commonly accepted belief in the modern day that 10,000 steps a day is a relatively good measure of a healthier active lifestyle. While there is debate about to its accuracy, for simplicity’s sake, let’s assume it is true. If you take 10,000 steps a day, that means you use both feet at least 10,000 times a day. Thus, you take 3,650,000 steps in a year. If you need orthotics, that means you will be using them at least 3.6 million times a year. For $650 that comes out to about

which can also roughly be expressed as $2 a day to walk painlessly. However, that assumes the custom orthotic only lasts for 1 year. The average custom orthotic usually will last at least 5-10 years depending on the amount of use. Even then, it will usually just need to be refurbished, not made from scratch (a significantly cheaper process). The math at that point becomes about $1 for 56,000 steps or about $1 for a little under a week’s worth of painless walking. Either way, the question is, is that worth it? To need a custom orthotic, there must be a foot and ankle issue that is causing a disruption large enough to go to a podiatrist’s office to seek help. What could you do if that pain wasn’t there anymore? How much is walking painlessly worth to you? It’s a personal decision, especially in today’s economy. But, again, I think it’s wise advice to keep in mind. Invest good money in anything that separates you from the ground. 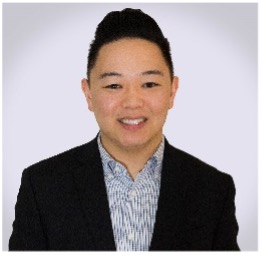 Dr. Tsuchida recently moved to San Diego from New York and is enjoying the beach and hiking when he’s not providing thoughtful, personalized care for his patients.

Please click here to schedule an appointment with Dr. Wrotslavsky.
© 2020 - All Rights Reserved.